So, you’ve travelled halfway across the globe to experience the global Church as part of World Youth Day.

Young people from across Western Sydney and the Blue Mountains have shared how their lives have been changed since their pilgrimage to Mexico, Panama and Houston in January 2019.

Tens of young people have accepted leadership positions in their parishes, schools and work life. There have been engagements, marriages, revitalised youth groups and new ventures that support young Catholic communities across the Diocese.

View images from the World Youth Day One-Year Anniversary gathering here or below. 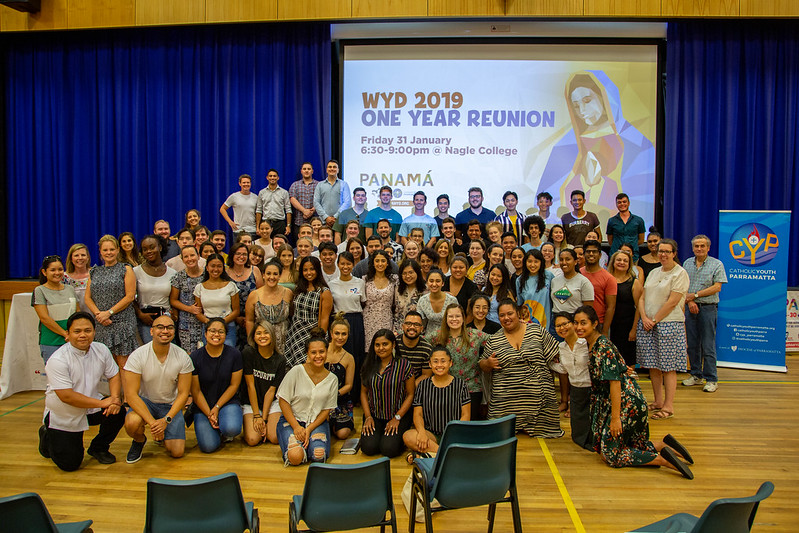 On Friday 31 January 2020, 88 of the 171 Diocese of Parramatta pilgrims celebrated Mass at Nagle College, Blacktown, with Bishop Vincent Long OFM Conv, Bishop of Parramatta, and one of the four pilgrimage chaplains Fr John Paul Escarlan from Mary, Queen of the Family Parish, Blacktown, before a Mexican fiesta dinner complete with a mariachi band. Addressing the pilgrims, Bishop Vincent said that he was blessed to be part of the World Youth Day pilgrimage, and hoped that the pilgrims continue their call to share the Gospel at all times.

“I felt very blessed to be part of World Youth Day and part of the pilgrimage with you and it really invigorated my sense of service and ministry. I hope that World Youth Day is something that you can look back on and have a sense of fellowship and reassurance of our journey of discipleship.

“We are a pilgrim Church, anointed and sent to bring the Good News to others, like Mary did the moment she received her mandate as the Mother of God. She acted on that call to share the joy of the Emmanuel.

“We are also anointed and sent, not just on the World Youth Day pilgrimage or the [Australian Catholic] Youth Festival that some of us participated in recently, but by virtue of our baptismal vocation.

“We pray that we may be faithful to that call, that our lives of integrity, justice, faith and service may be a manifestation of the joy and hope in the Spirit.

“May we continue to live out the call to be missionary disciples to, like Mary, have the courage to go out of ourselves and to engage with the needs of people around us, to be people who want to make a difference, be people who want to live the joy and the hope of the Gospel,” Bishop Vincent said. Following Mass, the pilgrims were encouraged to share their achievements from the past year.

“Enormous fruit has come from this particular World Youth Day pilgrimage! The atmosphere of prayerfulness as we reflected on the World Youth Day theme of imitating the openness of Mary to the will of God has meant this pilgrimage has borne more vocational fruit than any other I’ve been involved in, as well as empowering others to make career changes and amend their lives. It’s been such a blessing to be a part of,” Rosie Drum mgl, Assistant Director, Catholic Youth Parramatta, told Catholic Outlook.

Here are some of the good news stories one year on. “I came into World Youth Day not knowing if I event wanted to get married. So, World Youth Day was sort of a vocations test. I remember telling some of the girls one night in Houston that when we went to that Fiat night that someone said when Jesus called his disciples, they changed names. One thing I remember sharing with the girls was that I don’t know if I want to change my name – it’s my identity.

“A few months later, I decided to keep my options open and I went and spent some time with the Sisters from the Holy Family of Nazareth. But then, I went on a trip to Japan and my now fiancée Mark asked me ‘will you marry me’ and I said yes.” Stephanie (left) – “I opened Santa Sophia Catholic College Primary [in Box Hill] last year as the only kindergarten teacher, and I am now the primary campus leader. I have employed lots of staff and I am really excited about the school growing.” The pilgrimage group celebrated two weddings – those of pilgrim Henanita and her husband Peter and pilgrims James and Rachel – on the same day in 2020.

The pilgrimage was also lucky to have four pilgrims who have taken the leap of faith into religious life.

Blake has discerned a vocation to the priesthood. “After World Youth Day, I made the decision to enter the Diocesan priesthood [at Holy Spirit Seminary]. I began that journey with Fr John Paul Escarlan and after tests and interviews with everyone, I was accepted on Christmas Eve.”

View images from the World Youth Day One-Year Anniversary gathering here or below. 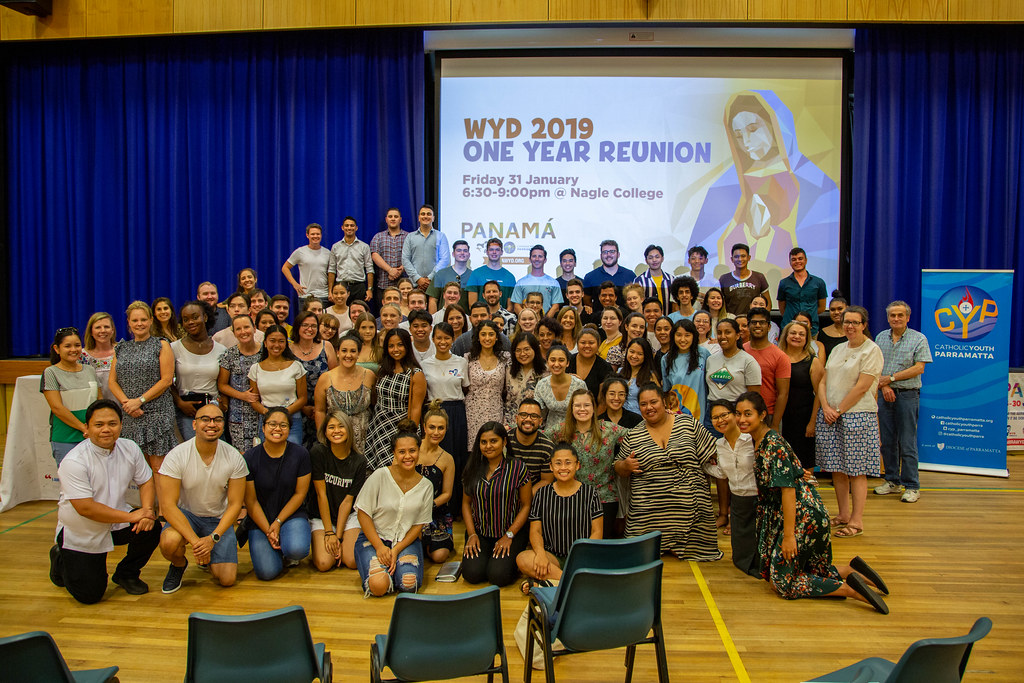