Experts in canon law from around Australia, New Zealand and the Pacific Islands have gathered for their 53rd annual conference.

The Canon Law Society of Australia and New Zealand (CLSANZ) conference was hosted by the Diocese of Parramatta at the NOVOTEL Sydney Parramatta from 2 to 5 September.

View images from the Canon Law Society Conference here or below

112 members were in attendance for four days of keynote speeches and workshops concerning the application of canon law in society and developing ongoing formation on canonical matters. The prayer space at the Canon Law Society of Australia and New Zealand Annual Conference at the Novotel Sydney Parramatta. Image: Mary Brazell/Diocese of Parramatta.

According to the United States Conference of Catholic Bishops, Canon Law is “a code of ecclesiastical laws governing the Catholic Church.”

In the Apostolic Constitution Sacrae Disciplinae Leges of Saint John Paul II for the promulgation of the new Code of Canon Law in 1983, The Code of Canon Law of the Catholic Church, “as the principal legislative document of the Church, founded on the juridical – legislative heritage of Revelation and Tradition, is to be regarded as an indispensable instrument to ensure order both in individual and social life, and also in the Church’s activity itself. Therefore, besides containing the fundamental elements of the hierarchical and organic structure of the Church as willed by her divine Founder, or as based upon apostolic, or in any case most ancient, tradition, and besides the fundamental principles which govern the exercise of the threefold office entrusted to the Church itself, the Code must also lay down certain rules and norms of behaviour.”

“The presentations and workshops were excellent at this year’s conference and I hope that all the delegates gained knowledge to enhance their ministry. These were varied and extremely valuable to our practice of Canon Law. I heard many positive comments during the week regarding the quality of this year’s contributions,” Paula Kerr, Director of the Tribunal Office, Diocese of Parramatta, told Catholic Outlook.

The conference opened on Monday 2 September with a candle lighting ceremony, with the attendees praying together and listening to a scripture reading from 1 John 4. Fr Ken Cafe OFM, President of the CLSANZ began the conference with an acknowledgement of the life members in attendance – Cormack Nagle OFM, one of the founding members, and Janet Coombs – as well as representatives from the Canon Law Societies of Great Britain and Ireland and Canada. Fr Ken also gave the conference a brief history of the Parramatta district and host diocese.

The first address of the conference was from Fr Brian Lucas from the Archdiocese of Sydney on privacy laws and church tribunals.

On Tuesday morning, Paula Kerr spoke about narcissism and its effect on marriage consent. Following morning tea, Archbishop Mark Coleridge, Archbishop of Brisbane and President of the Australian Catholic Bishops Conference, spoke about his attendance at the Vatican Summit on the Protection of Minors in February 2019.

A Mass for deceased members of the conference was celebrated at St Patrick’s Cathedral, Parramatta, with Bishop Robert McGuckin, Bishop of Toowoomba, as principal celebrant.

On Wednesday morning, Fr Tom Ryan SM, a teacher at BBI-The Australian Institute for Theological Education, presented on recent research on the use of pornography and its effect on marriage consent. Later on, Fr Justin Glyn SJ, a lecturer in Canon Law at the Catholic Theological College in Melbourne, presented on administrative justice in the particular church.

The main conference Mass was celebrated by Bishop Vincent Long, Bishop of Parramatta, at St Patrick’s on Wednesday evening, followed by a conference dinner. Fr Ken Cafe told Catholic Outlook that the feedback he received from the attendees was “very positive.”

Fr Ken said that what stood out the most to him were the open discussions that the conference was able to have on Pope Francis’ Motu Proprio Vos Estis Lux Mundi, which was released in May.

“We listened to Archbishop Coleridge’s reflections on the Tuesday, and on the Thursday, we were able to examine the practical changes and additions to the law, and how this law can be applied in Australia given the Royal Commission recommendations.” Members at the Canon Law Society of Australia and New Zealand Annual Conference at the Novotel Sydney Parramatta. Image: Mary Brazell/Diocese of Parramatta.

Paula said that the conference was “well attended” and “was enjoyed immensely.”

“What was particularly noticeable to me was the friendships that have been built over many years within the Canon Law Society. It is a great tribute to the Society and to Canon Law, that the support and respect for all members continues to prevail.

“Having worked for the Tribunal in the Diocese of Parramatta for over thirty five years, investigating marriage annulment cases, I have been privileged to minister to many broken people in our Church. The time and energy of people working around the world in this area of ministry is to be admired and should never be taken for granted. It is vitally important that the study of Canon Law in Australia and New Zealand be accessible to those willing to serve the Church in this way, and ensure peoples’ rights are respected,” she explained.

View images from the Canon Law Society Conference here or below. 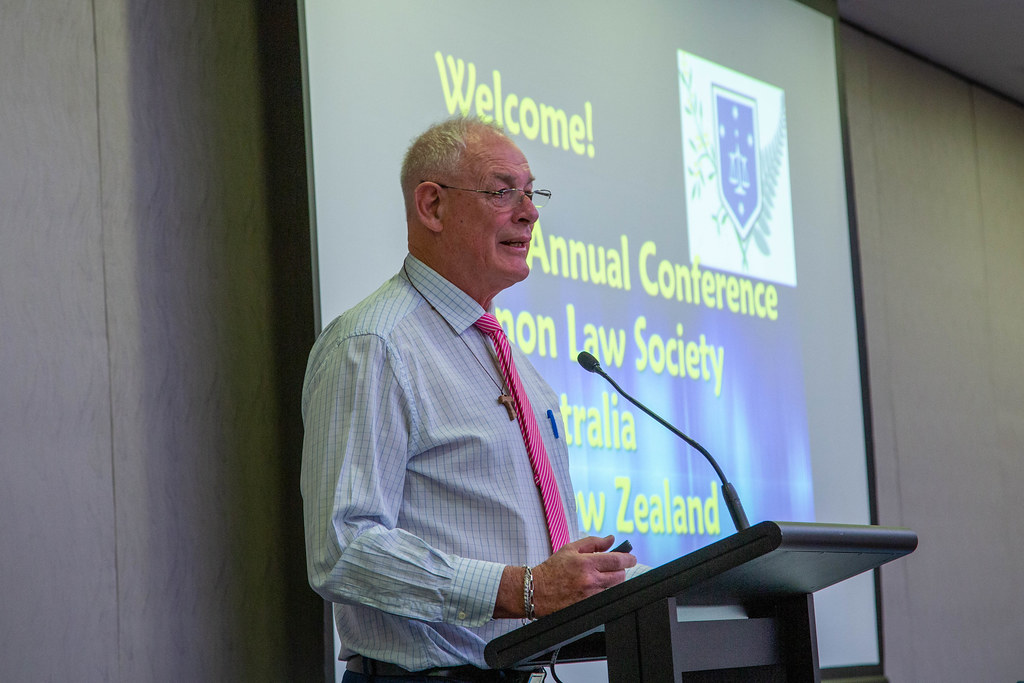