With the new judicial year underway, members of the judiciary and legal community in the Parramatta region gathered together to reaffirm their commitments to faith and justice during the Red Mass.

“The Red Mass helps promote faith and justice amongst the legal community and beyond. It is easy to forget that Australia’s legal system is founded on Christian principles of right and wrong,” Secretary of the Parramatta and District Law Society Steve McAuley said.

Magistrates from the Sydney and Parramatta regions, high school representatives and members of other Christian denominations were present at the mass.

The celebrants wore red vestments to signify the Holy Spirit.

During his homily, Fr Bob explained how the Bible reveals the fundamental concepts of the human person and how the legal justice system has been based on this biblical understanding of human nature.

“The biblical interpretation of human nature can be described as follows: because humanity is created in the image of God (Genesis 1:26-27), we are able to exercise the virtues of judgement and rationality. Secondly, that humanity is ‘fallen’ and imperfect and therefore needs to control the desire for evil and sin through proper use of judgement and reason. This then can be reached and achieved with the help of an appropriate and well-founded legal and political structure. The argument from the fable of the Scorpion and the Frog, where the Scorpion argues that he is not responsible for his actions and therefore is free to act according to his disposition to sting does not hold in our Judeo-Christian tradition of human nature, the use of human reason and humanity’s responsibility for its actions.

“We need to keep in mind the words of the Catechism of the Catholic Church which states: Law is a rule of conduct enacted by competent authority for the sake of the common good. The moral law presupposes the rational order, established among creatures for their good and to serve their final end, by the power, wisdom, and goodness of the Creator. All law finds its first and ultimate truth in the eternal law. Law is declared and established by reason as a participation in the providence of the living God, Creator and Redeemer of all. ‘Such an ordinance of reason is what one calls law.’2 [CCC # 1951]

“Today as we celebrate this Mass of the Holy Spirit at the beginning of the Legal Year for 2019, we ask that the power, wisdom and goodness of our Creator may lead and guide you, the members of the judicial profession, to allow our laws to be imbued with the ultimate truth of the eternal law.”

President of the Parramatta and District Law Society Andrew Bide gave his thanks to organisers following Mass.

Refreshments were served in the Cathedral Hall at the conclusion of Mass.

Secretary of the Parramatta and District Law Society Steve McAuley hopes that the Red Mass will become an annual event.

“We are hoping that this will be the start of a new tradition for Western Sydney!”

View images from the Red Mass here or below. 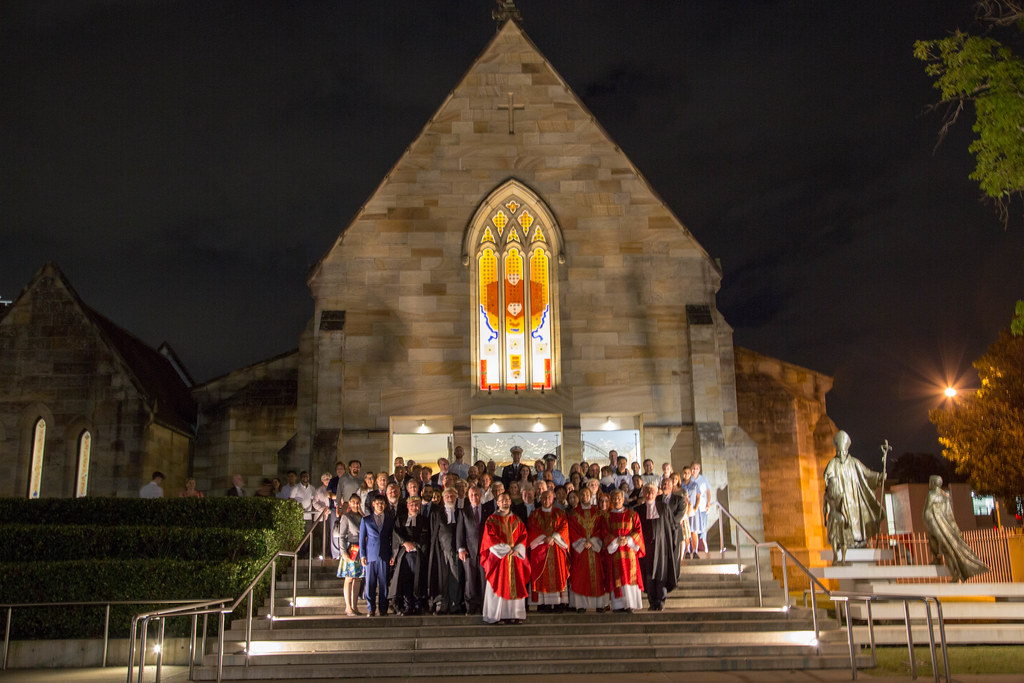