Sr Vivienne Keely CHF with her book 'We Do Deliver Up The Said Recited Deed' St Patrick’s Parramatta 1806-1846'. Image: Diocese of Parramatta.

A new milestone in the recounting of the story of the site of St Patrick’s Cathedral, Parramatta, was set on 14 November 2018 when Bishop of Parramatta Most Rev Vincent Long OFM Conv launched ‘We Do Deliver Up The Said Recited Deed’ St Patrick’s Parramatta 1806-1846 by Sr Vivienne Keely CHF.

In this short book, author Vivienne Keely traces two closely entwined threads in the history of Parramatta: the colonial government’s 40-year struggle to secure the title to the land granted to Governor Bligh in 1806 and the attempts of the Catholic population to secure land for a church. Occupying centre stage are the flamboyant and feisty, Mary, Governor Bligh’s daughter, and her husband, Sir Maurice O’Connell.

Julie Owens, the Federal Member for Parramatta, was among those who heard Bishop Vincent refer to the strong human-interest angle which enlivens the historical narrative, for example, Mrs Macquarie facilitating the romance of Mary Putland and Maurice O’Connell, all the while keeping it from Mary’s father and her own husband.

Bishop Vincent raised a laugh when revealing that Fr Daniel Power and the Commissioners for Valuation and Survey hatched the plans for the first church in Nash’s Inn (later the Woolpack Inn) in downtown Parramatta.

She praised the wonderful collection in Parramatta’s local history library and offered particular thanks to the Diocesan Communications team who worked tirelessly on the production and especially to Stephen Poleweski, who designed the cover.

The short book features a full set of Endnotes and an Index.

VIEW: Images from the book launch below or here. 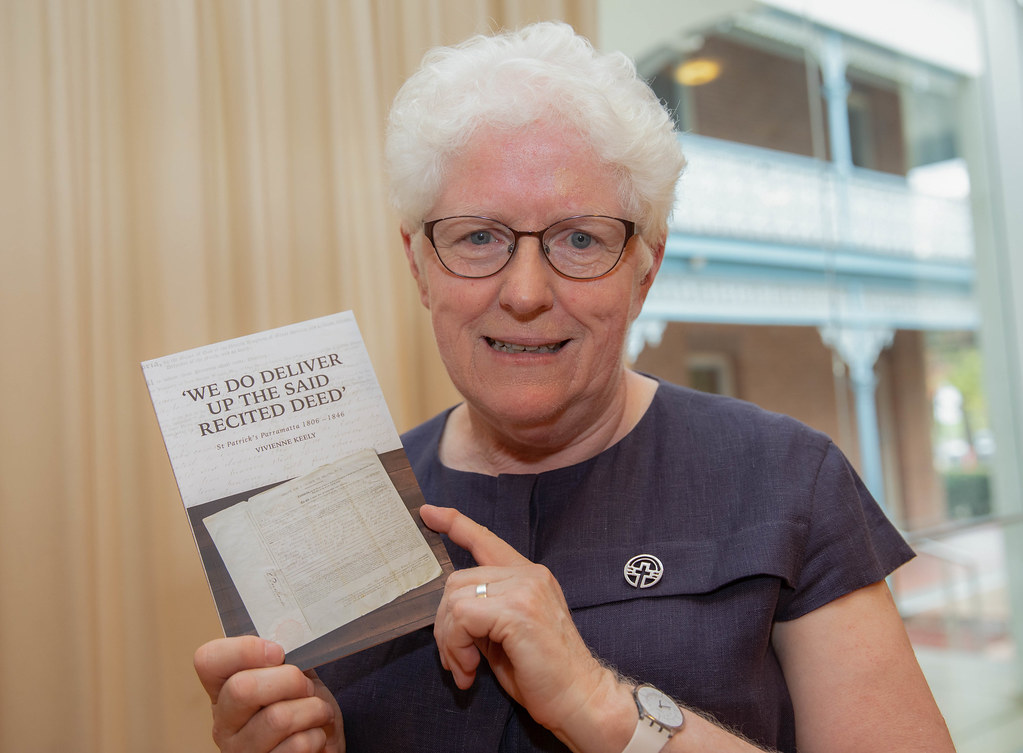