Jessie Duan Balorio was ordained a deacon for the Diocese of Parramatta by Most Rev Vincent Long Van Nguyen OFM Conv at Sacred Heart Church, Luddenham on Saturday 12 May 2018.

The adage, “it’s a marathon, not a sprint” was a reality for the vocational journey of Jessie Balorio ordained 19 years after deciding he wanted to become a priest.

In his homily, Bishop Vincent said that Jessie’s ordination and future ordinations were simply not “plugging holes” to “merely the replace of the ageing local forces” but rather a “part of the rejuvenation or the rebirthing of the church: the church that dies to power, domination, ostentation and rises to humility, simplicity and servanthood; the church that might be smaller, poorer and humbler but more of a light and leaven of the Gospel to the world.”

In his words of thanks, Deacon Jessie described his vocation as a result of being “a willing victim of prayer”. He recognised that his ordination will be one renewal “that a continuous persistent effort of spiritual growth will be required of me, with a life deeply involved with constant prayer and purification; with a generous compassionate heart configured to that Divine love in a human heart – the heart of Christ” he said.

The journey for Jessie was certainly one of rejuvenation for Jessie. His vocation story began in the Philippines with the Augustinians and after four years of religious formation, Jessie eventually found a new home in the Diocese of Parramatta.

The parish held a celebratory dinner for Deacon Jessie’s ordination and to farewell him from the church as he concludes his placement. Deacon Jessie surprised and delighted those in attendance performing two traditional Filipino dances with members of the FILCOS North Shore Cultural Dance Group.

Deacon Jessie will begin his new appointment in early June.

VIEW: Images from the ordination below or click here 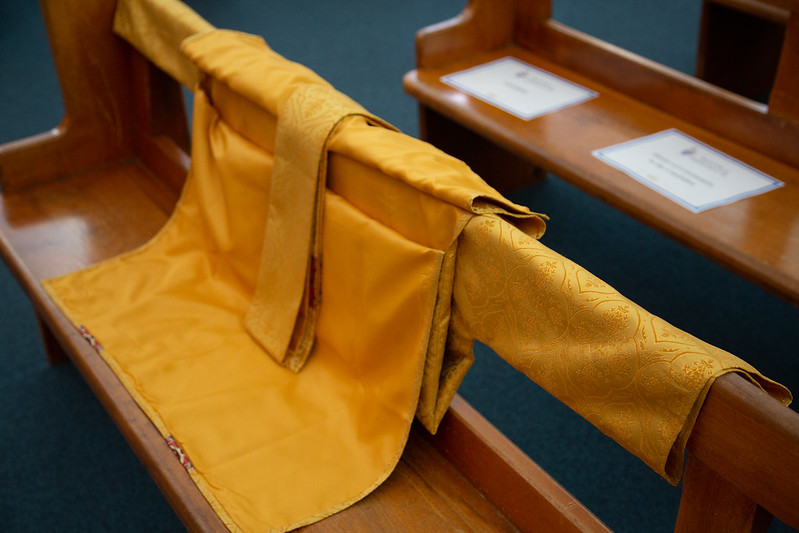