Flame of Plenary comes to Parramatta

On Thursday night, the nine delegates who have been appointed from the Diocese of Parramatta for the Fifth Plenary Council of Australia met face-to-face for the first time and received the Plenary Council flame.

Padmi Pathinather, the Chair of the Diocesan Pastoral Council, led the liturgy to commission the delegates, held at the Mary MacKillop Chapel in the Diocesan Chancery building.

During the liturgy, delegates were presented with candles that had been lit from the Plenary Council candle, serving as a sign of the Holy Spirit at the centre of their journey. Plenary delegates, while appointed from their respective dioceses are called to represent all Catholics in Australia. Padmi assured the delegates of the support they have within the Diocese and asked them to be open to what the Spirit is saying, given the role they will play in the journey towards a more hope-filled church in Australia.

“May God be present to you as the spirit of courage and right judgement, a spirit of knowledge and love as we support each other on our journey of faith,” she said.

In late March, 250 Catholics across the country were called as delegates for the Plenary Council. These delegates will represent their local church at the two Plenary Council assemblies in 2021 and 2022.

The Plenary Council delegates from the Catholic Church in Western Sydney and the Blue Mountains are:

The delegates will continue to participate in formation and discernment over the next year. They will also be invited to listen, discern and engage with the faithful of the Diocese throughout the Plenary process over the next two years. The first assembly of the Plenary Council in October 2021 will take place with a combination of online and face-to-face participation, as uncertainty remains over restrictions on travel and gatherings.

Delegates will gather in local groups – diocesan, inter-diocesan or provincial – and participate in some Council sessions within those groups.

Other sessions will take place with those groups engaging in conversation, prayer and discernment with other groups around Australia.

The second assembly is set to take place in Sydney in July 2022.

View images from the Commissioning of the Plenary Council Delegates here or below: 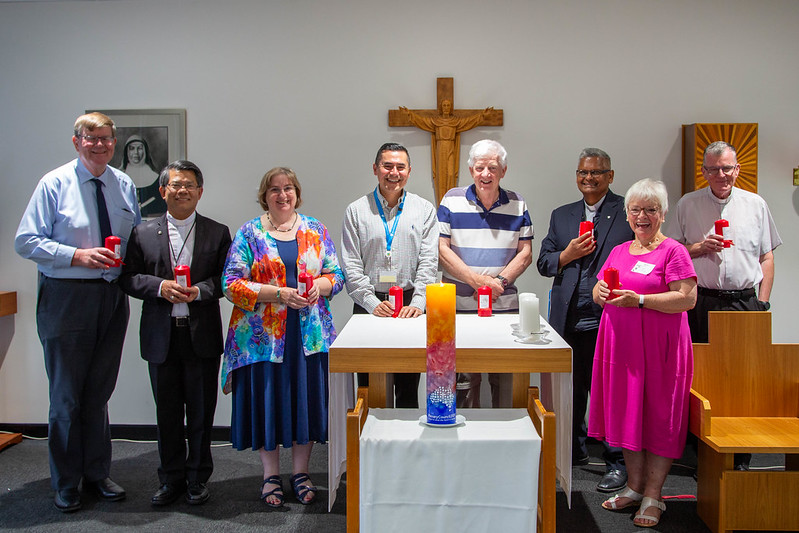